Like many others, I have been watching the unraveling of the UNITY coalition with increasing dismay over the last few weeks. I was concerned about weighing in too heavily because I thought my uninvited observations might not be articulated or received in a constructive manner. With yesterday’s action by the NABJ board to pull out of the UNITY coalition, I can’t imagine my views could have made matters much worse. So here goes nothing.

The withdrawal of NABJ from UNITY was avoidable. Borrowing a line from Bill Clinton’s first inauguration speech, I wrote recently that there was nothing wrong with the UNITY coalition that could not be fixed by what was right with the UNITY coalition. This alliance survived tougher existential questions in the past. Its formation overcame more obstacles than its undoing. It should not have come to this. NABJ could have made just as strong a statement passing a resolution declaring that it will withdraw from UNITY after the 2012 conference.  Such a move would have sent the same message without putting the former partners in the position of staging a competing conference. 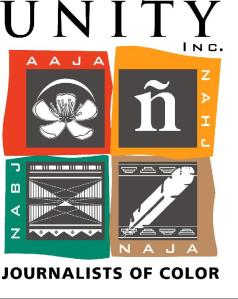 The withdrawal of NABJ from UNITY is regrettable. When we formed this coalition, we did not add the strengths of NABJ, NAHJ, AAJA and NAJA. We multiplied them. But what NABJ warned against, it has now made a reality through its action: NABJ and UNITY will now be in direct competition for dwindling sponsorship dollars. Not that we should let our media sponsors dictate our direction, but they were urging us to work together more frequently, not less. Now news organizations that planned to attend UNITY’s convention in 2012 (looked FORWARD to it, from a financial perspective) will either have to attend two conferences or choose one. From that standpoint, there won’t be many winners in 2012.

Another reason I find the split regrettable is that, in my opinion (and I hope I’m wrong), it diminishes our moral authority to preach diversity to the profession when we show an inability to work through our differences and achieve a consensus.

The withdrawal of NABJ from UNITY is reversible. UNITY should extend membership registration rates to NABJ members who sign up for the UNITY convention in 2012.

It should turn this crisis into an opportunity to rebuild UNITY from the bottom up. Create a new framework for the alliance that includes rotating 2-partner conventions and a more focused mission. NABJ should be a part of that discussion.

NABJ may no longer be a UNITY partner, but it will always be an ally.

Yes, I Will Marry You

“No two couples are alike. No two ceremonies should be.” — Rafael Olmeda

It's never too late to break free

Domenic Garisto / LIFE IS NOT A REHERSAL,SO LIVE IT..if you can't be the poet, be the poem..havau22.com

something to honk about

Call to me and I will answer you...

This site is all about ideas

Diary of a Real Estate Junkie

One man's obsession with real estate, land use, design, construction & the results.